Unbreakable consisting of 12-15 individuals is joining together in a common cause to raise funds for the David Nicklas Organ Donor Awareness Foundation through a 24-Hour Challenge.

This simple, yet not easy, physical endurance challenge will take place on Friday, April 16, 2021 at 8:00 am. Starting point is Andy Brown Park East in Coppell, Texas. 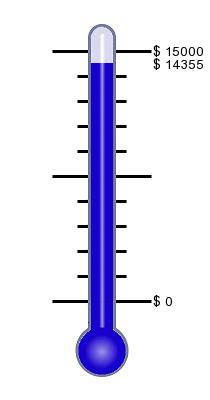 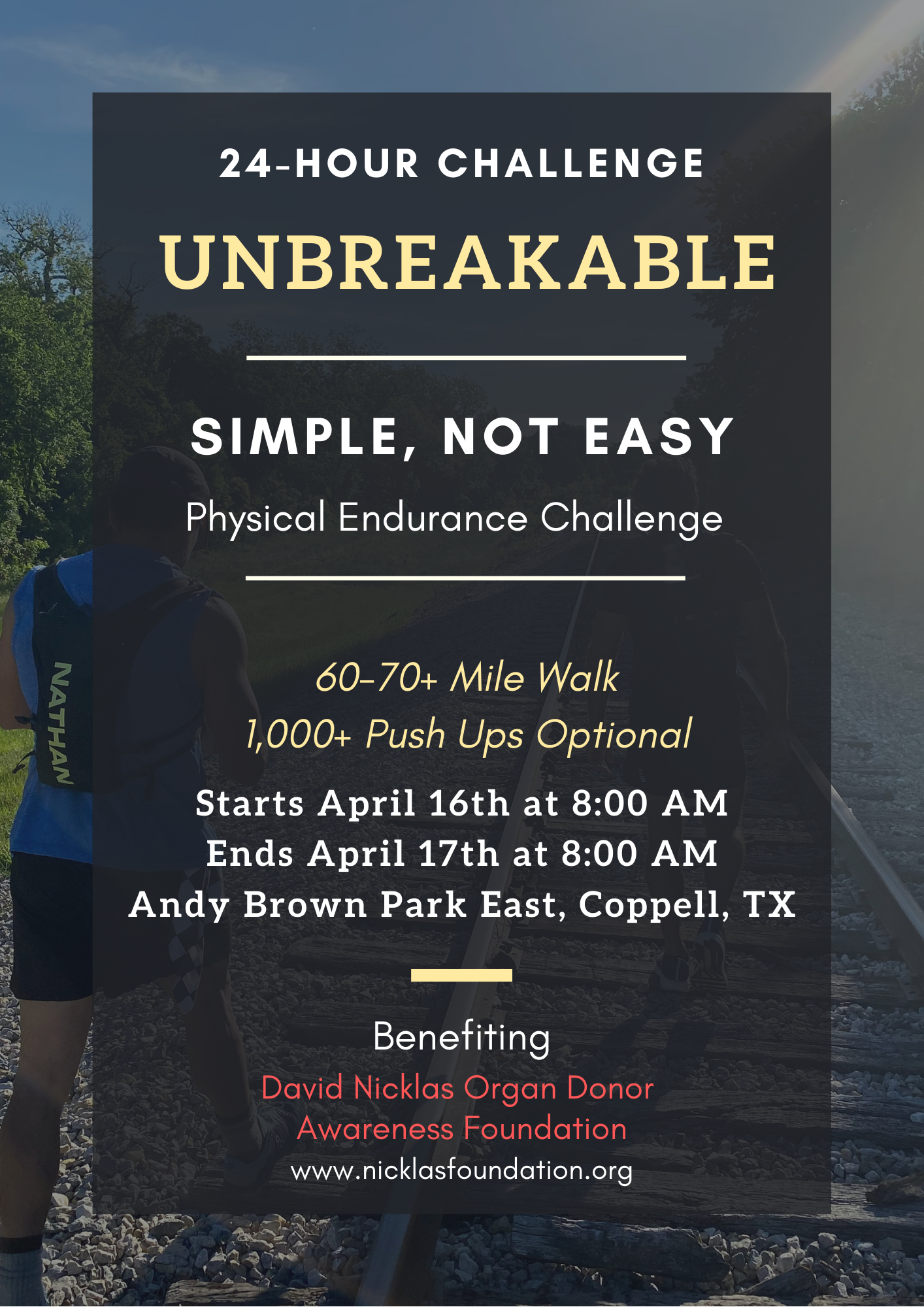 to participate in the Full Walk are:

Half Walk participants are: Bio – Ken Wimberly is the founder and visionary behind Legacy of Love, LLC. He is married to his soulmate, Amber, and has three children, Grace, Knox, and Kai.

Ken is a bit of a serial entrepreneur. He is the founder and Chief Visionary Officer of KW Net Lease Advisors, a commercial real estate brokerage firm headquartered in Fort Worth, TX. He is a founding partner in Laundry Luv, a chain of laundromats with a mission to educate, equip, and inspire those in the communities where they serve. He is a co-founder of High Ridge Coaching and he is an investor and founding Operating Partner of Keller Williams Realty in Abilene, TX. He has 10 streams of passive income and 5 streams of active income.

Wimberly served his country during Gulf War I as an aircrew member flying aboard EP-3E aircraft as a CTR (cryptologist technician – Morse code) for the United States Navy, stationed in Misawa, Japan. He has also worked in the insurance/investment field and has held the Series 6, Series 7, and Series 63 investment licenses and the Group I insurance license. He formerly owned and operated a Perrotti’s Pizza restaurant in Arlington, TX near the UTA campus. 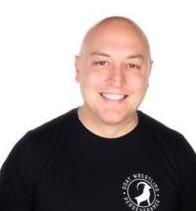 Bio – Dave Swanson (1977-) was born in Cincinnati, Ohio and joined the military when he was 17 years old. For 12 years he served in the US Army, deployed to Sadr City, Iraq in 2004-2005, he was in over 100 firefights during his deployment, where he received the Bronze Star.

In 2007, he biked across America to raise money for several non-profits. In 2016, after completing his MBA from the University of Texas, Dave received the Dean’s Leadership and Service Award.

In 2017, he went to the summit of Mt. Ranier and published his first book, The Dot on the Left. He is a motivational speaker and is currently pursuing his Ph.D. Recently, he successfully completed the Everesting Challenge and has also opened his own store from his brand Goat Wrestling Perseverance.

Statement – “The day can’t go on forever, if it’s a bad one – focus on tomorrow – if it’s a good one – be grateful – whatever day it is, go to sleep with a smile”

His portfolio of business includes the United States Marshal Services (USMS) and Capital Investment groups. Eliud specializes in the disposition and acquisition of Commercial Real Estate investment assets in Dallas-Fort Worth, the State of Texas, and Nationally.

Eliud is a Coppell TX resident and happily married to Rochelle for the last 16 years; they have four children (Maya-11, Elijah-7, Lucas-5, and Bella-5).

Eliud has enjoyed CrossFit, Bycicling, Triathlons, and ran several marathons, including two Boston marathons, is an active member of the community in Coppell; he loves adventure traveling.

Bio – Terry Sivathasan has been a resident of Coppell for over 35 years, completing kindergarten through 12th grade at CISD.